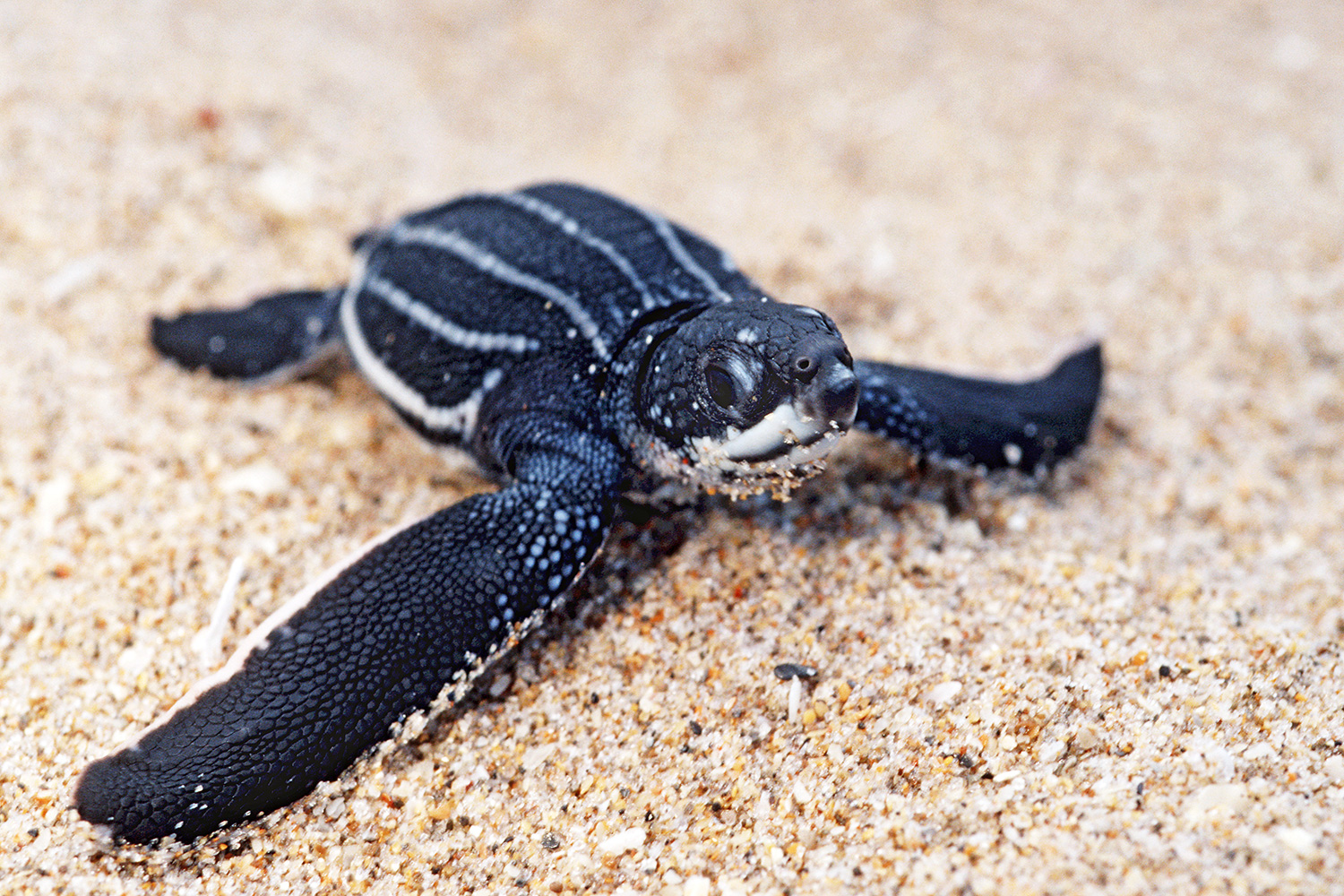 The Leatherback Turtle, Dermochelys coriacea, is an open ocean resident. Hatchlings may be only two inches long, but adults can grow to 8' and weigh over 2000 pounds, Florida. (Photo by: Mark Conlin/VW PICS/UIG via Getty Image)

MADEIRA BEACH, FL – This season’s first sea turtle nest was discovered earlier today on Madeira Beach between the beach access points at 131st Ave. and 132nd Ave. Sea turtle nesting season started on Friday, May 1st. The nest was discovered before dawn by volunteers who walk the beach before sunrise and was cordoned off with signs, stakes, and rope surrounding the area. Sea turtles, their nests, eggs, and hatchlings are protected by state federal, state, and municipal laws. The Madeira Beach sea turtle protection ordinance (Sec. 110-506) requires lighting restrictions for all properties on the beach beginning at sunset. Any lighting visible from or casting light onto the beach is prohibited. Disturbing a nest is punishable by fines and possible
imprisonment.

Tips to help protect sea turtles include:
• Knock down sandcastles and fill in holes made in the sand, so hatchlings and female turtles
don’t get stuck in them,
• Don’t leave beach chairs, umbrellas, cabanas, coolers or other objects that could block the path
of a sea turtle on the sand,
• Don’t leaving food, wrappers or food containers behind as they attract animals that will dig up
and eat the eggs out of a sea turtle nest,
• If you spot tracks in the sand or witness a nest hatching do not go near it, instead call the FWC
wildlife hotline at 888-404-3922 or Clearwater Marine Aquarium at 727-441-1790 Ext. 1
• Don’t interfere with the nesting or hatching process. It is illegal to touch sea turtles under both
federal and state laws,
• Don’t place beach furniture too close to a marked nest. Furniture can mislead turtles during the
hatching process and also entrap them.
For more information contact Curt Preisser, City of Madeira Beach Public Information Officer at
727-391-9951 x299 or cpreisser@madeirabeachfl.gov.